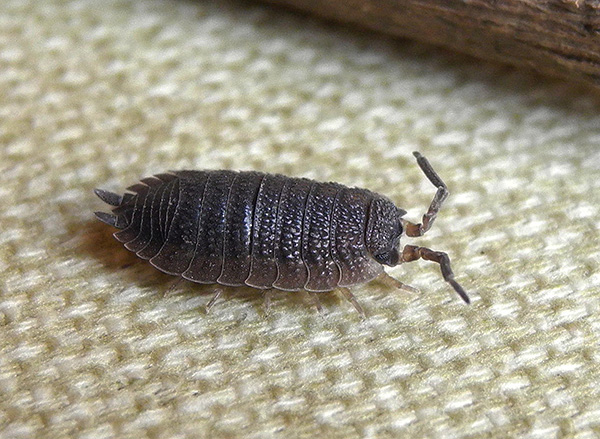 Surprisingly, some people seriously expect to permanently get rid of wood lice in their apartment, simply sprinkling salt in the corners of the room or putting a couple of sticky traps,usually used to catch cockroaches. And someone even simply tries to collect wood lice from the walls by hand, or with a vacuum cleaner - in the hope that one day their endless stream will finally run out. Needless to say, at best, all these half measures will help to destroy only a very small number of pest specimens, while this will have no effect on the number of the main population of wood lice (especially if they enter the room from the attic or from the basement of the house).

So, to reliably get rid of wood lice in the apartment, you need to approach the solution of the problem in a complex: 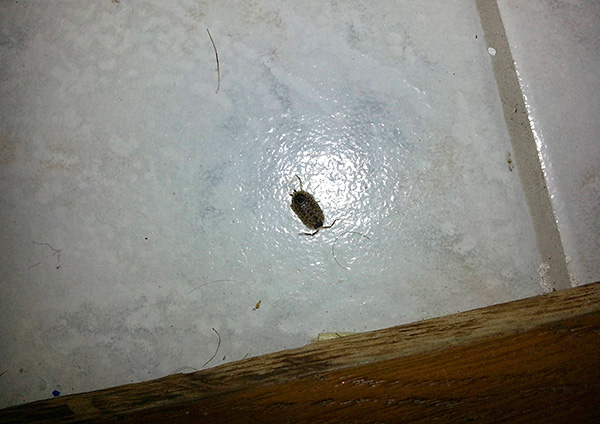 With proper implementation of these points, it will be possible to forget about the invasion of wood lice almost forever, or at least for a very long time.

It is believed that woodlice are, though unpleasant, but absolutely harmless to humans pests.However, in reality, the situation in this regard is far from being so rosy.

And it's not even that woodlice can damage indoor plants, as well as harm the stocks of potatoes, onions and carrots. The main problem is that, as in the case of cockroaches, when the woodlice appear in the apartment, the sanitary condition of the entire building suffers: imagine that more recently pests were crawling somewhere in the basement next to rat excrement (or in the attic - near the heaps of pigeon droppings), and now the same woodlice snuck into the apartment and attack the kitchen, bathroom and toilet. Moreover, even within the same apartment, wood lice can migrate, for example, from the toilet room to the kitchen - and you will agree, such migration does not promise anything pleasant either.

That is why you should not even try to coexist together with woodlice (they say, these “cute creatures” are absolutely safe) - you should get rid of these pests as soon as possible after their detection.

But before you start an all-out war against woodlice, evaluate again - is it exactly woodlice? Practice shows that for some reason many people call woodlice, for example, the same silverfish.

Below is a photo of the so-called "home" woodlice (which is most often found in a person’s housing): 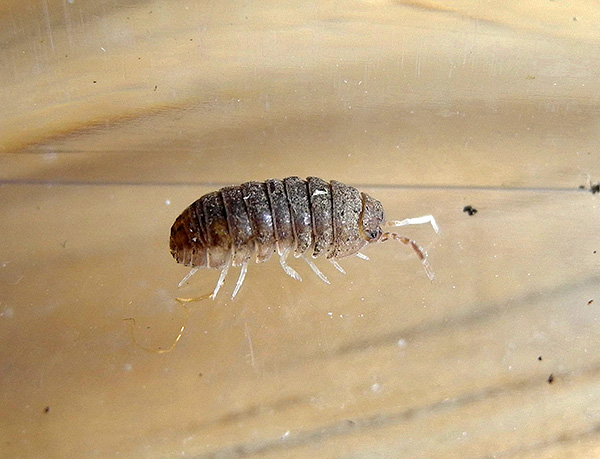 And the following photo shows a sugar scales: 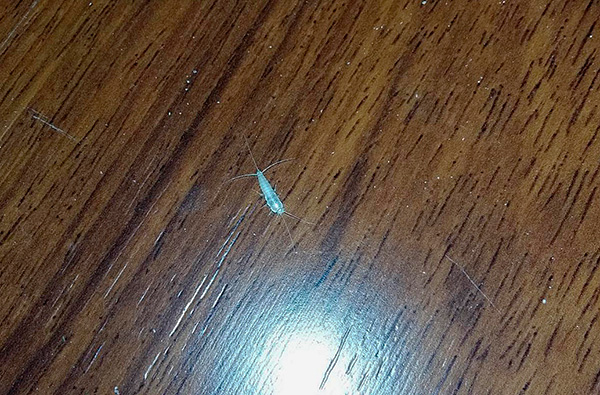 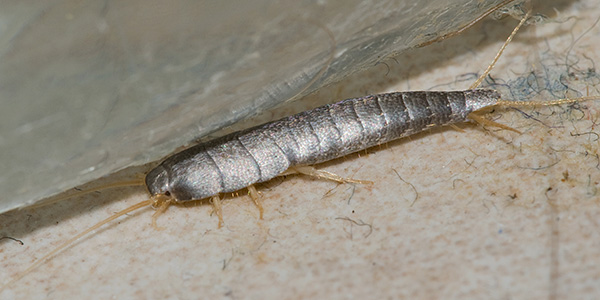 As you can see, silverfish are very different from woodlice, and it is not entirely clear why they are so often confused.

Next, we will consider situations where woodlice started to build up in the house, and not any other arthropods - getting rid of woodlice has its own important nuances.

What the woodlice is afraid of: make the apartment unsuitable for their life

Before considering the ways and means for the destruction of woodlice, one should perhaps note the most important factor that can make your apartment not only a cozy shelter for them, but also literally an incubator for new hordes of pests.

We are talking about high humidity in the apartment or in its individual rooms (usually the toilet, bathroom and kitchen). And speaking figuratively - wood lice, in the first place, are afraid of dry premises.

It may seem surprising to some, but wood lice are not insects - they belong to crustaceans. Simply put, these are small land crustaceans, which, despite their terrestrial way of life, have preserved their gills and are actively using them: oxygen is absorbed from a thin film of moisture wetting the gills. 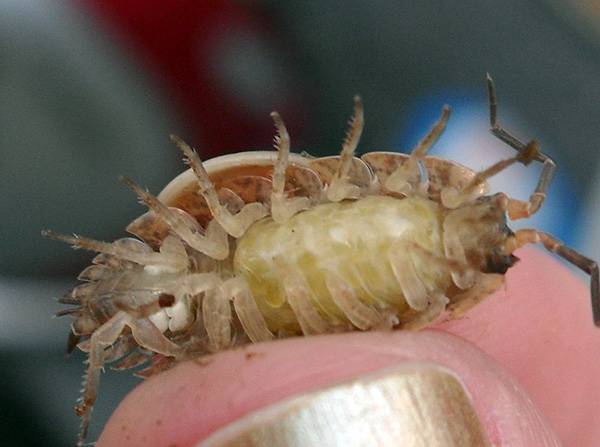 Therefore, high humidity and access to water in general are vital for wood lice, and in dry rooms they simply will not survive.

Accordingly, flowing pipes, regularly accumulating splashes next to the sink in the kitchen and bathroom (especially with poor ventilation), wet ground in pots with indoor plants - all this often creates excellent conditions for the existence of woodlice in the apartment. 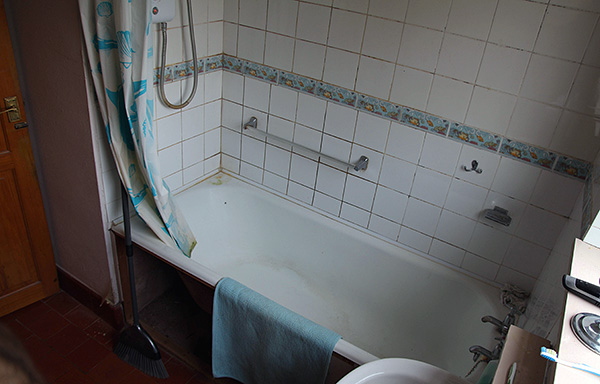 Therefore, the started (and before that long-delayed) repair of plumbing can be a good start in getting rid of wood lice in an apartment: a dry room will not only be unsuitable for the life of these pests, but also, not least, it will attract much less from the outside - woodlice tend, above all, to where the air is as humid as possible.

There are situations when the apartment seems to be dry, and all the rooms, including the bathroom and toilet, have already been repeatedly treated with Dichlorvos, and the woodlice thrive on the premises anyway. Some tenants sometimes mistakenly believe that woodlice, like bedbugs or cockroaches, hide somewhere in the apartment in their secluded nests, lay eggs - and so, they say, therefore their ranks are constantly replenished.

In fact, everything is much simpler - new individuals massively get into the apartment from the outside: they can crawl from the attic, from the basement of the house or from their neighbors.

The photo below shows an example: 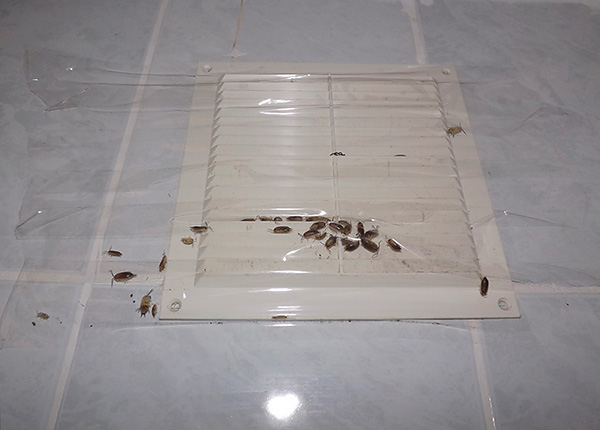 So, to get rid of wood lice in the apartment, it is important to pay attention to the four main ways of penetration of these pests into the room:

After the indicated paths of woodlice penetration into the apartment will be blocked, it will remain, in fact, only to get rid of the pests already present in the room. But, as practice shows, they treat the apartment here, who are in that much - and what they don’t use: someone sprays a strong salt solution, someone prefers soda, and some tenants are not averse to breathing kerosene, richly spreading it on the walls ( the possibility of kerosene ignition is apparently not taken into account).

So, instead of dubious “grandmother's recipes,” the use of modern insecticidal preparations will be much more effective, the range of which let's consider in more detail ...

The main means of destruction of wood lice

Despite the fact that, as noted above, insects are not insects, their belonging to the crustaceans does not prevent them from being poisoned by the same preparations that are successfully used today to get rid of various domestic insects. In some respects, wood lice are even more vulnerable than, for example,bedbugs or fleas, because they willingly eat poisoned baits and die after that (and fleas and bugs feed only on blood, therefore only insecticides of contact action are effective against them).

So, you can get rid of woodlice in the house with insecticidal agents of several types:

"The best way to get wood lice in the bathroom is chalk from cockroaches Masha. I have already tried a lot of tools, but this is the best one. From the floor, now only I collect the corpses, in recent months I have already delivered several hundred. Once a month you update on the walls and on the floor and that’s it, then they die ... "

In addition, woodlice dies almost instantly when they are treated with steam or hot air with a temperature above 70 ° C. If there is an opportunity to use a steam cleaner or a hairdryer, and the wood lice themselves are within reach, then this method can be a good alternative to the use of chemicals. That's just in this case, the long-term preventive protection of the premises will not have to count.

Above were generally marked by means by which you can get rid of wood lice in the apartment. However, it is one thing to have an idea about such preparations, and quite another to put them into practice as effectively as possible.

And what do you think is important when choosing and using insecticidal drugs? Their effectiveness? Or maybe affordable price? Or ease of use?

So, the most important thing when choosing an insecticidal agent for use in a residential area is its safety for humans and domestic animals. Today it is easy to find the most powerful pesticides on the free market, by applying them in an apartment, you can be sure that nothing living will remain in it after this. But the problem is that it will be problematic for a person to live in such an apartment.Moreover, there are numerous cases of poisoning by toxic insecticidal preparations of people and domestic animals, and, unfortunately, this did not always end well.

Therefore, when getting rid of wood lice in an apartment, it is useful to take into account the following considerations:

What is useful to know about folk remedies for woodlice 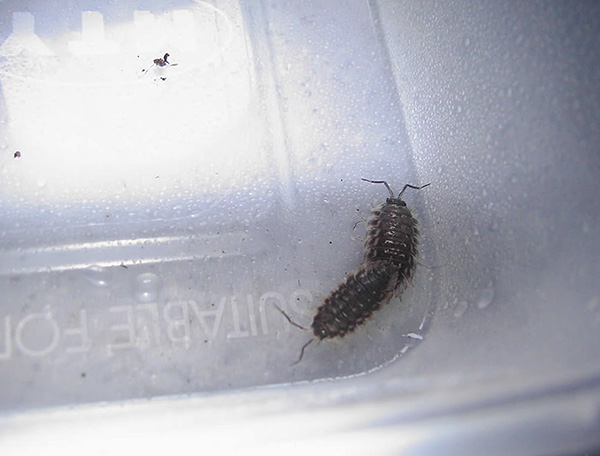 Needless to say, the method is not the most convenient (as, indeed, most of the other popular recipes on this topic) - not only does red pepper and tobacco stick to the surface, so also the persistent tobacco flavor will not add comfort in the apartment. It should be understood that the main damage to moss in this case will cause nicotine contained in the leaves of tobacco and is a highly effective insecticide. With the same success, nicotine can be replaced with modern, insecticidal, odorless drugs (some of them have been noted above). 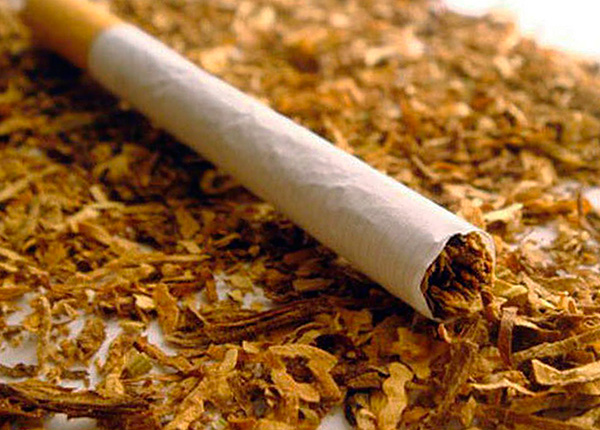 As for table salt and alum, found in some popular recipes for getting rid of woodlice - these substances are not insecticides and do not kill the pest. However, on wood surfaces, irrigated with solutions of these substances, wood lice remain avoided.

It is worth noting attempts to use kerosene, gasoline and white spirit against woodlice: yes, these fluids are really capable of destroying wood lice, as well as various insects - in particular, by creating a thin oily film on their surface impervious to oxygen. However, first of all, it should be borne in mind that kerosene, gasoline and white spirit are highly flammable substances. Moreover, a mixture of gasoline and air vapors, when accumulated in a closed room (for example, in a bathroom), may explode from the slightest spark.

As you can see, getting rid of wood lice with the help of folk remedies can potentially not be as safe for health as it may seem at first glance. 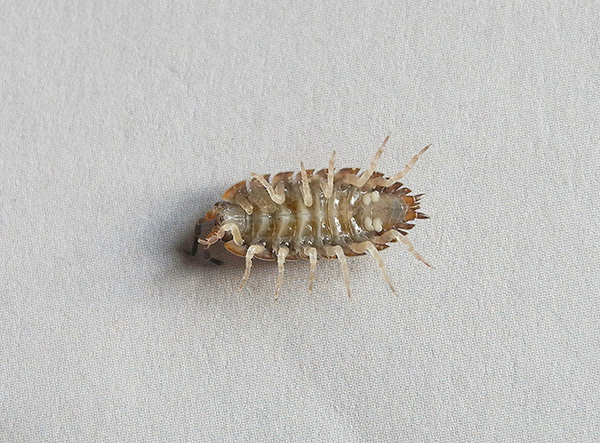 In some cases, it is possible to gradually get rid of wood lice at a dacha, in a greenhouse or in an apartment using self-made traps.

But it should be well understood that no traps will solve the problem, if, for example, wood lice continue to penetrate dozens into the living room from a raw attic.

In most cases, woodlice penetrate into the apartments either from damp attic rooms, especially when the house has a leaky roof, or from damp basements. The same applies to private homes. 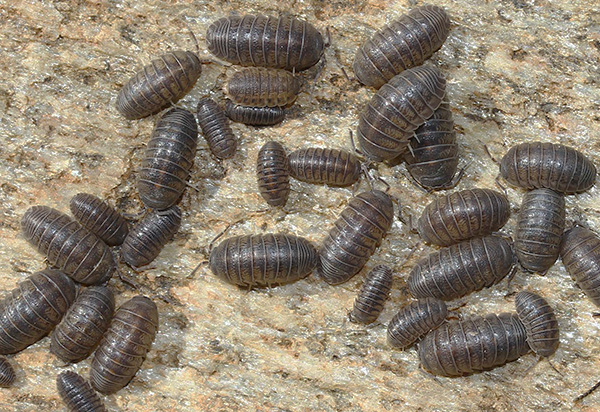 Along with measures to block the pathways for pests to enter residential premises, it is also useful to try to get rid of the main breeding ground of wood lice - that is, destroy them directly in the attic or in the basement. And here can be used two highly effective options: 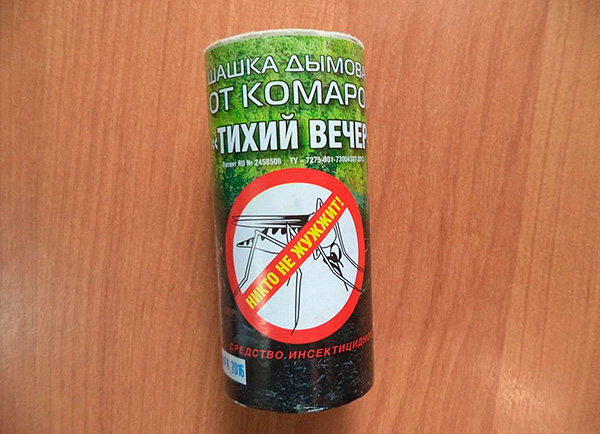 Instead of insecticidal repellent smoke bombs, sulfur smoke bombs can be used to destroy wood lice (Fas, Climate or others), but the effect in this case will be, firstly, lower, and, secondly, there will be no long-term residual protective effect.

If you have personal experience of getting rid of wood lice in an apartment or private house, be sure to share it by leaving your review at the bottom of this page (in the comments box).