Choosing a remedy for home ants in the apartment

≡ The authors
≡ Article 20 has comments
≡ Insects → Ants in the apartment → 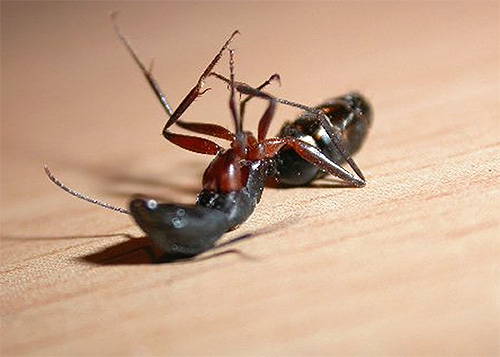 It is impossible to unequivocally name the best remedy for home ants in an apartment: the ability to use each insecticidal drug depends strongly on the conditions of its use, safety requirements, the budget for harassment and the urgency of the whole process. However, the tools available on the market to combat domestic ants can be analyzed by a number of parameters, after which it will be easy to choose the best option for your particular case.

Rating of funds by their effectiveness

Each remedy for ants in an apartment combines efficiency, safety, price, and ease of use in different ways. All groups of drugs can be placed in the following sequence according to the degree of decreasing of their toxic force:

There are also well-publicized, but useless against ants means. Among them is any magnetic resonance or ultrasound remedy for ants, next to which these insects can flourish quite well. 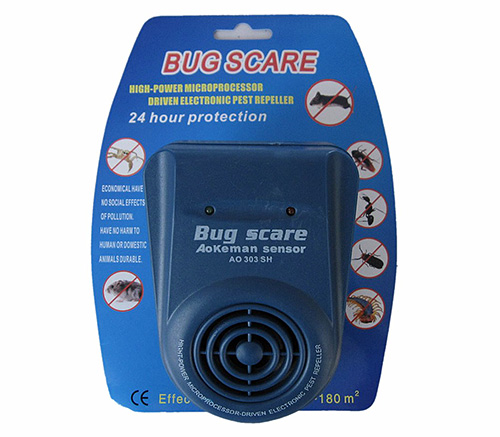 We will consider further the reliable products from household ants that regularly collect good reviews and really help people get rid of small red pests.

The effectiveness and speed of aerosols is ensured by the fact that an ant caught in a cloud of a substance cannot avoid poisoning: the aerosol penetrates into its body with air through the spiracle, and some substances directly through the outer integuments of the body.

At the same time, the active ingredients in most modern aerosols are insecticides that are relatively harmless to humans and other warm-blooded animals. Nevertheless, it is necessary to apply these means with observance of the maintenance instruction and standard security measures.

Raptor in the form of a spray - perhaps the most well-known remedy for ants today. The active ingredients in it are Cypermethrin, Deltamethrin and Piperonyl Butoxide. 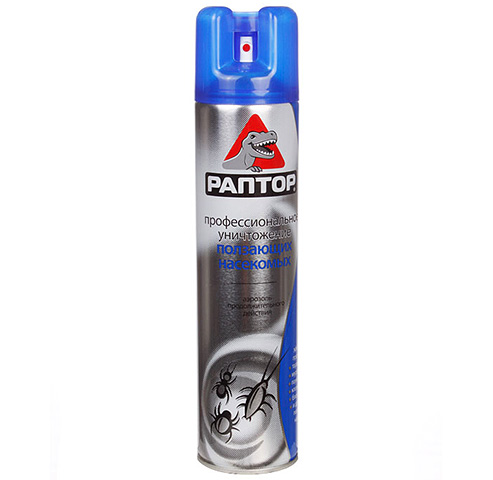 The exact name of the product is “Raptor from crawling insects”. The aerosol is good because it contains mint flavor and does not leave the eerie smell inherent in many professional products.

“I was looking for and wanted to buy a remedy for household ants, but I was afraid of the Raptor, because he was advertised everywhere. As it turned out - in vain. One balloon was enough for me to process the kitchen and the small room, and after three days there was not a single ant in the apartment. For reliability, I sometimes smear gaps on the balcony with Raptor gel, and for a year now there is no pah-pah-pah ants in the house. I recommend boldly ... "

Get - reliable microencapsulated remedy against ants in the apartment,having a non-standard principle of action: with the active liquid numerous microcapsules with insecticide are distributed over the surfaces. An insect that has run through the treated surface willy-nilly collects particles of poison on its paws, which is capable of penetrating through the integuments of the body. 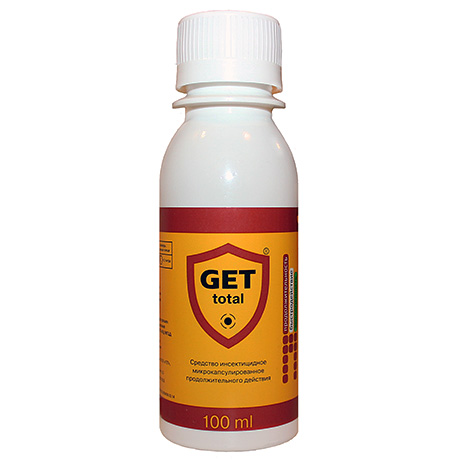 To obtain the maximum effect from the use of the Get tool, it is advisable to treat those surfaces that you can not wash for several days. Then Get has time to poison the maximum number of pests.

The cost of one Get bottle is 720 rubles. It is enough for processing 100 square meters of contaminated area.

Combat is an effective remedy for home ants, produced in Korea. Available in two versions - with lemon and mint flavors, so that the use of Combat does not lead to an unpleasant smell in the apartment. 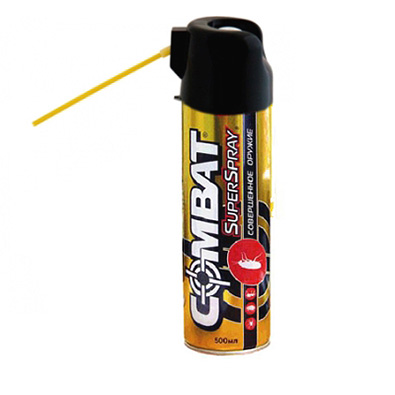 “We were in the shop for a long time deciding what remedy for ants to buy, we stopped at Combat, although we were all advised by the Raptor. The tool is completely arranged, the kitchen was sprayed twice with a pause a week. All the ants disappeared even after the first treatment, and the second we spent purely for prevention.Neighbors complained that after that they have more ants. But we are not afraid. If they come back to us, we know how to poison them. ”

At the time, Raid was known as the most effective remedy for ants in an apartment. However, the products of the last years of release are somewhat inferior in efficiency to other drugs. 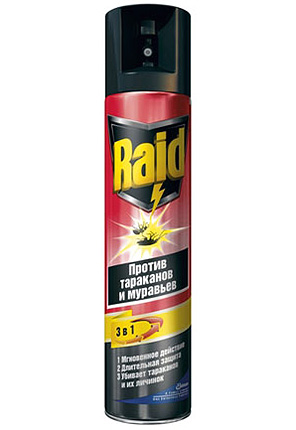 “Recently I met ants in a new apartment. Out of habit, I bought a remedy for ants in the Raid house and ... was terribly disappointed. If earlier all the ants died after one crossing of the line from dichlorvos, now they walk along the treated plinth as if on a boulevard, and nothing touches them. I must say, I bought the tool 2013 onwards. If somewhere there is a drug 2010 GV. - you can take it boldly, more modern - unreliable. "

The main advantage of gels - ease of use. It is not necessary to totally treat all surfaces, close and “ferment” an apartment - the gel is simply applied in neat rows of drops in the corners and walls near the places where ants are most often found. If desired, it can be easily removed with a damp cloth and there will be no traces left at the application site.However, the longer this anti-ants remedy is in the public domain, the more reliable it will work.

The effectiveness of the use of insecticidal gels in some cases is significantly higher than that of aerosols. These are the cases when the nest of domestic ants is outside the apartment, and aerosol insecticides do not reach it. The working individuals will bring the poisoned gel themselves into the anthill and feed them to their fellows, including the queen.

However, this requires patience: with the help of insecticidal gels, ants can be removed at best in a few weeks.

Of all the gels Globol (Globol), - perhaps the most effective remedy for home ants (German). One drop of it can kill up to 500 adults! However, buying this tool, you should be careful and choose only a product with German inscriptions and a special hologram on the package, since the original gel is copied today by unscrupulous Russian manufacturers, whose counterfeit products are much inferior in effectiveness to the original. 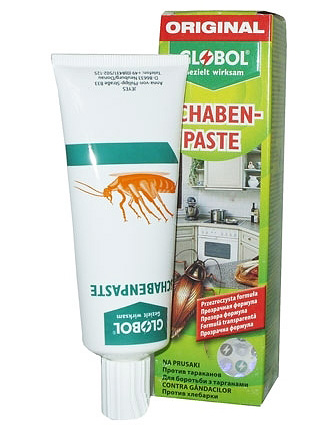 “I once brought out the cockroaches Globolom, now I tried it against the ants. He really met expectations.However, it was necessary to tinker with ants longer - more carefully to process behind bedside tables, repeatedly to miss the mark. But nevertheless, I got rid of them without any smelly sprays. ”

This gel has become especially popular with owners of private houses as an effective remedy for red ants. Of course, against ordinary domestic pharaoh ants, it will work with no less efficiency.

There is also a gel in the line of Raptor pests of the Raptor company, which in terms of reliability is not inferior to aerosol. This is an excellent remedy for ants, which can be used in the apartment in addition to the spray. 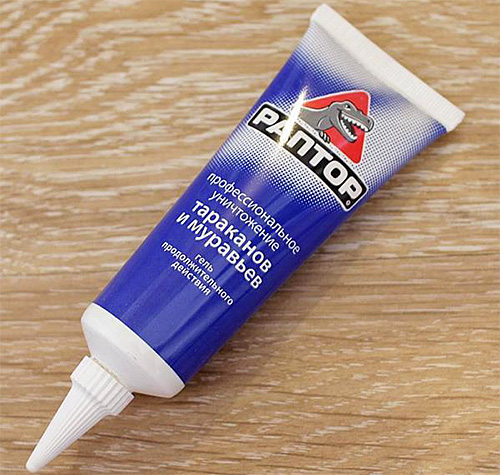 When using such a tandem, the majority of the working ants are first destroyed, and then the gel displays those that remained in the anthill, including the uterus. Both types of products can be bought together: sometimes the manufacturer even produces combined sets of aerosol and gel.

This gel is inferior to the famous Globola, perhaps, only in accessibility: it is not so advertised, and therefore it is not always possible to get it. 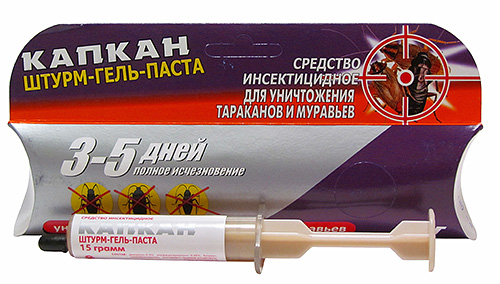 In terms of effectiveness, this means of combating ants confidently gives odds to most competitors. 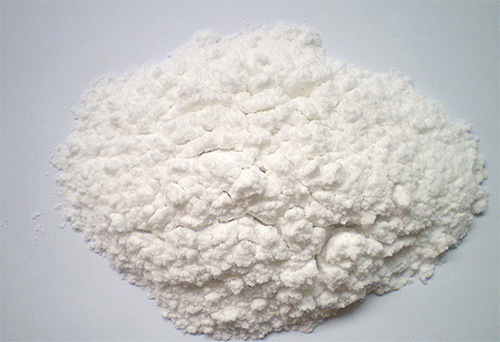 They are used in the same way as gels, but turn out to be significantly less effective if only because ants usually do not eat them, and are only poisoned after they get soiled in such poison.

This remedy for home ants is unique in that it has a completely natural composition: the powder consists exclusively of dried and ground chamomile flowers containing a strong insecticide. 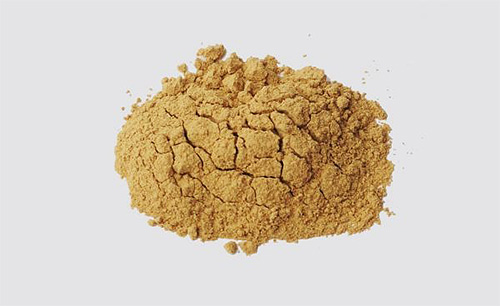 "I have always used aerosols before, but this time I already had a small child, and I did not dare to poison the ants chemistry I bought Pyrethrum, I was told that this remedy against ants in the house does not contain hazardous substances. She treated the apartment like dust - scattered in the corners, behind the bedside tables, near the trash can. Somewhere in three weeks all the ants disappeared. But now I still occasionally sprinkle the tool everywhere so that the ants do not reappear. In general, a good, effective tool. "

Chalk Masha - this is perhaps the most famous, and today is truly a folk remedy for domestic insects.

This pencil is necessary to draw lines on the walls and furniture in the places of the most frequent movement of ants. It is noteworthy that the manufacturer Masha constantly updates the composition of the tool with modern insecticides, which allows the drug not only to remain highly effective, but even to compete with the latest achievements of the insecticidal industry.

Borax and boric acid against ants in the house

Boric acid is a well-known antiseptic used to treat wounds. And in combination - a national remedy for ants and cockroaches. Boric acid is added to various pasty mixtures from which poison baits are prepared and laid out in front of ants. Further, such baits work in the same way as gels - ants carry them to an anthill and poison everyone who chooses to eat. 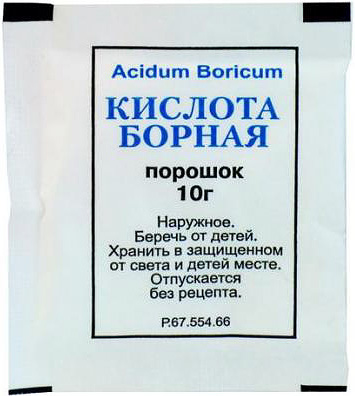 Borax is a salt of boric acid, and an equally reliable remedy for food ants. It has no advantages and disadvantages over its chemical counterpart, and therefore it is usually used when it is more accessible.

When cooking poisoned baits with boric acid and brown, it is important to properly follow the recipe to prevent foraging ants from dying before they even bring the poison to the anthill. Detailed recipes are given on our website in a separate article.

Of all the traps that the market is full of today, anti-ants work well with insecticide traps. In fact, this is an ordinary poisoned bait, only placed in a plastic container so that neither children nor pets can reach it.

Of these traps, the Raptor and Combat SuperAttack are particularly effective. 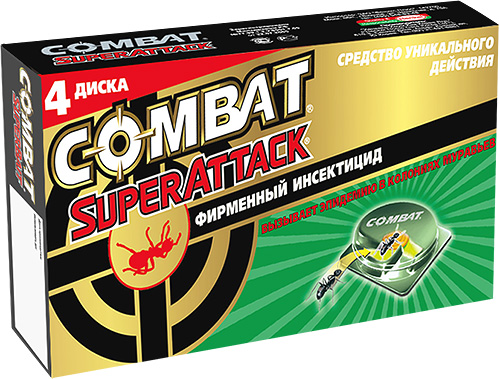 Velcro traps, or houses with electrical discharges, are absolutely ineffective against ants. Yes, they will destroy the workers of the foraging ants, but the anthill will successfully replace them, and in general the ants in the apartment will not be less.

Other means - strongly smelling herbs, turpentine, kerosene and denatured alcohol - the ants themselves will not be destroyed, but only scared away. As soon as the smell in the apartment disappears, the ants will return.

But if the owners of the premises were lucky to find the heart of an anthill with the habitat of the uterus, it should be vacuumed or boiled.This will reliably destroy at least one ant nest.

How to make a bait with boric acid against household ants

It is also useful to read: Ultrasonic Ant Scarer
See also:
To write "Choosing a remedy for household ants in the apartment" 20 comments