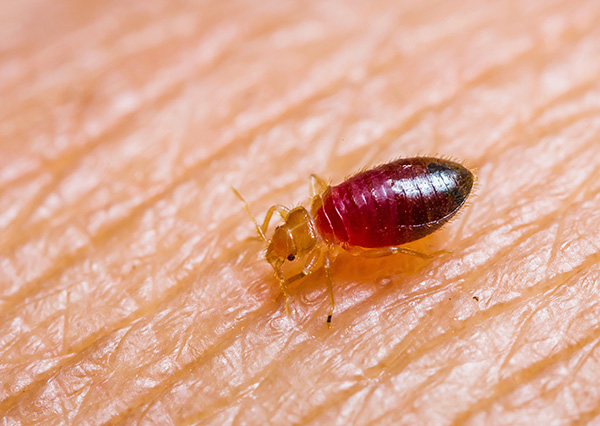 Bites bed bugs - a kind of paradox of modern civilization. These parasites, pestering people still in stone caves, today easily adapt to the conditions of apartments with European-quality repair and continue to multiply successfully, despite all the achievements of the chemical industry that produces insecticides.

A huge number of apartments and houses in Russia, USA, UK, China, in developed and developing countries are simply teeming with bugs (the problem is especially acute in small hostels, through which a significant flow of people of middle and low incomes passes). 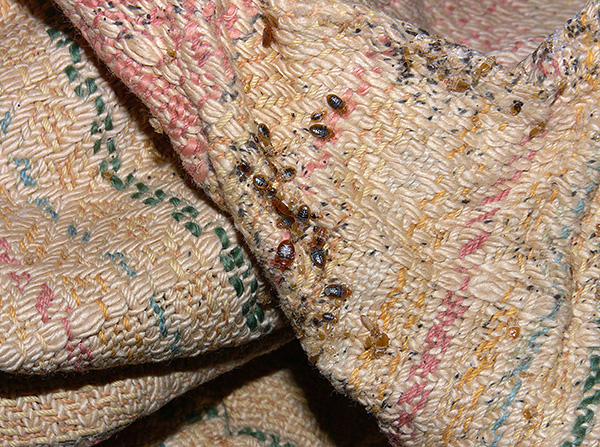 But why is it so difficult to fight these bloodsuckers? After all, it would seem that bed bugs feed on human blood, which means that it’s enough to leave the apartment for a couple of weeks and that’s it! Parasites will die, so to speak, starvation - simply for lack of a source of food.

However, practice shows that even if you leave a room that is infected with bugs for half a year, it is often not the entire population of parasites that die: the surviving individuals begin to bite people again and actively reproduce.

But how is that? What bugs fed on all these months, and do they really eat only human blood? Do they fall into anabiosis? Let's figure it out together ...

The diet and way of eating bedbug

The only bed bug food is really only the blood of mammals. Like other species of bugs (and there are more than 40,000 species in nature), the residential parasites have their jaws turned into an elongated proboscis,which the insect pierces the skin of a person, gets to the blood vessel and sucks blood to saturation. 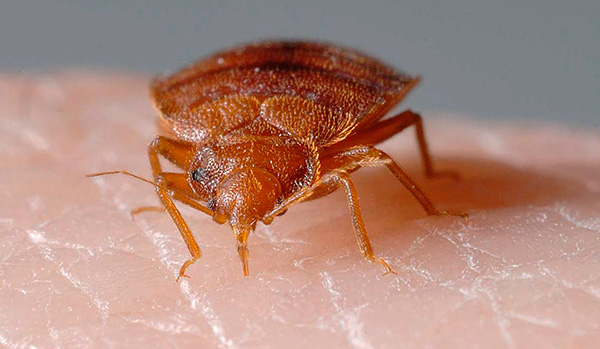 Generally speaking, what bedbugs eat is well seen through the translucent walls of their young larvae: their bodies appear to be scarlet from drunk blood (see the examples in the photos below). 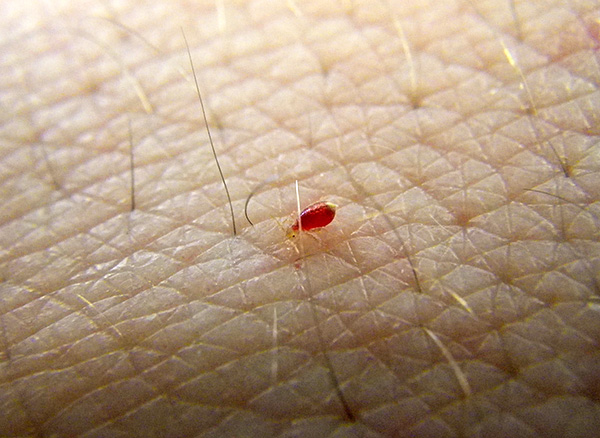 If you catch several insects of different degrees of saturation, it is easy to see that hungry adults have a flat brown body, and hungry larvae are light brown or light yellow. When saturated, the parasites become dark scarlet, their bodies swelling, filled with fresh blood. 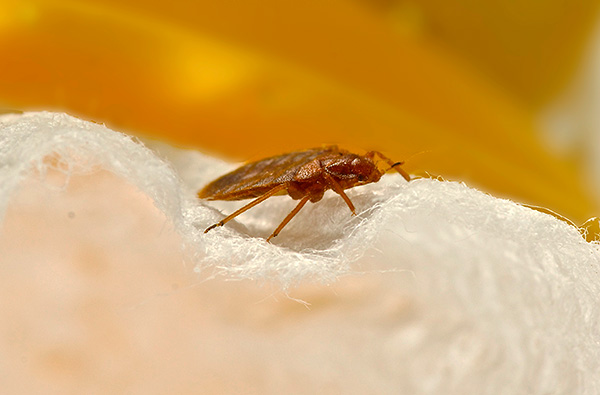 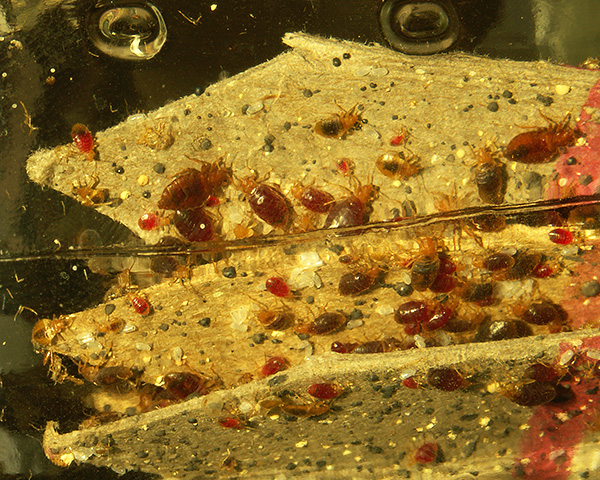 At the same time in their "dining habits" bloodsucking bugs are quite original. So, for example, they are not satisfied with sucking blood from only one wound in one feeding. In most cases, they make several punctures along the same blood vessel (or even without being tied to it).

Due to this feature, bedbug bites stand out noticeably among the bites of other human parasites: their marks are usually connected in chains with an interval of 1-2 centimeters. Some kind of paths are formed from bites (so if you found such paths on your body,you should not attribute their allergies, as it is often done by unprepared people when they first “meet” with bedbugs). 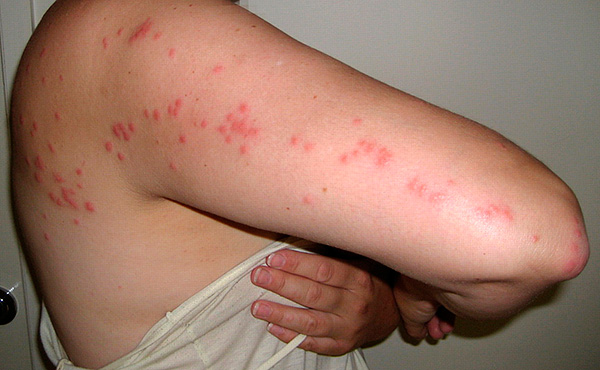 In addition, bed bugs bite only for hairless parts of the body. Because of its wide flat abdomen, these blood-sucking parasites find it difficult to break through the hairline to human skin, so they almost never bite into the head and groin area.

Common places for bedbug bites are buttocks, thighs, hips, abdomen, back, arms, neck, and face. If a person sleeps in his underwear, the parasites do not climb under him and bite only the exposed parts of the body.

Bedbug - bloodsucker night. He prefers to attack his victim in the interval from two o'clock in the morning to five in the morning, when a person sleeps most soundly. The bites are practically painless, but the saliva secreted by the parasite, some time after getting into the skin tissue, begins to cause itching. Accordingly, it is usually possible to catch the parasite directly at the moment of a bite only with a light sleep or with an accidental awakening at night.

A characteristic feature is that after nightly feeding on bloodsuckers, small blood stains often remain on the white sheet. 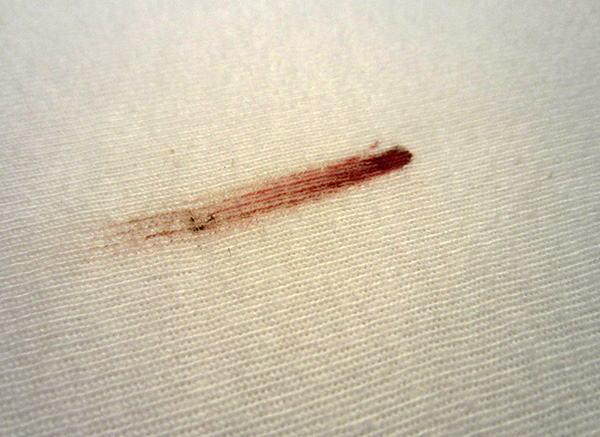 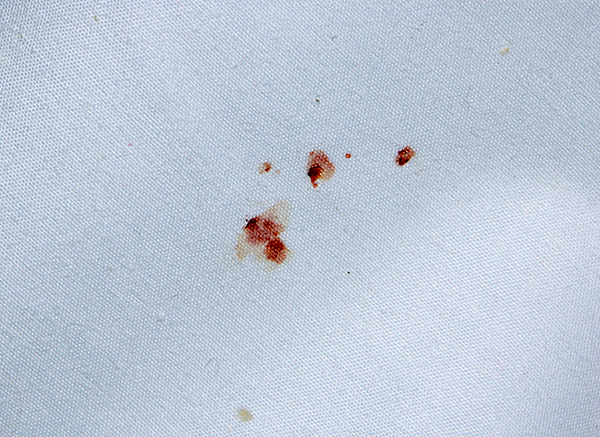 Other species of bugs living in nature, can pierce the stems and fruits of plants, sucking their juices. Some attack arthropods, and large bugs - even fish and frogs, sucking up almost all the insides of their victims. However, most bugs are vegetarians, and they do not attack humans.

Bedbugs today live almost exclusively in or near human habitation, and in nature they are found only in very specific places - for example, in bat nests.

How long can bugs live without blood?

In general, we can say that bugs live without food for a long time. One or two months of hunger strike for them are virtually harmless and do not even require falling into a stupor and any inhibition of physiological processes. 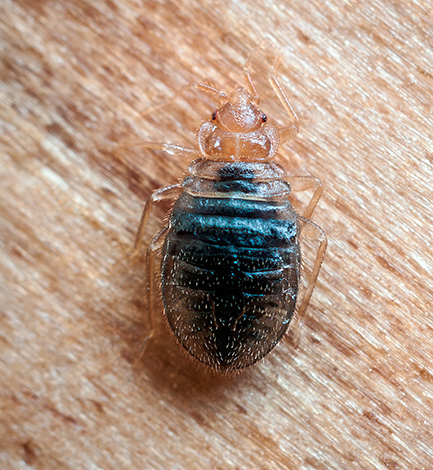 If the source of food near the bloodsucker bug is not too long, then it can fall into a state of anabiosis, in which the biochemical processes in his body are slowed down. In such a kind of hibernation, the insect can spend up to a year, while remaining alive.

There are cases when tenants of apartments wrapped mattresses infected with bugs with plastic wrap in the hope that the parasites will have nothing to eat and they will die without blood in a couple of months.However, even after six months of keeping the mattress wrapped in a film, the bugs in it were still alive. 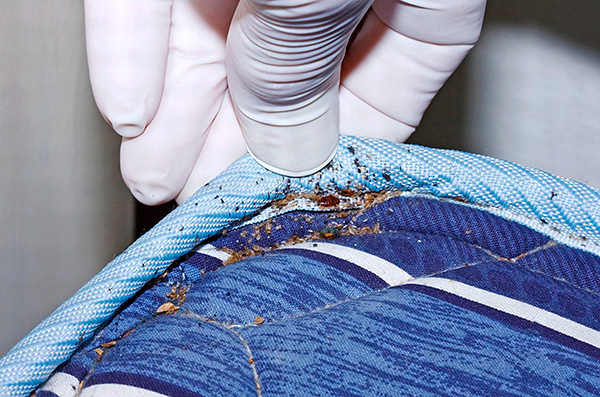 In comfortable living conditions, the life expectancy of a bed bug is about 12-14 months. If hibernation is present in the life cycle, then this period is extended.

It is useful to consider the following nuances:

Normally, the bed bug eats every 5-6 days, and in the intervals between it digests the blood drunk. Larvae can feed more often, but with each feeding they make fewer bites and suck less blood than an adult. 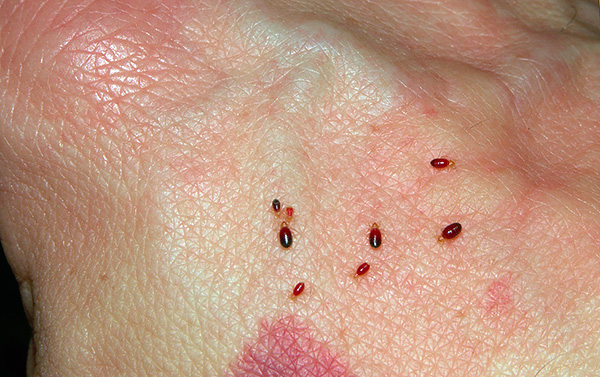 Even if there are several dozen bedbugs living in the house, a person may not pay attention to their bites for a long time. Often, the parasites bite only someone in the family, almost without touching the other tenants.

“We recently rented an apartment, without furniture. All new furniture bought, made repairs. A month later, she began to find traces of bites on the child.At first I thought it was an allergy, because my husband and I had nothing at all. Then she found bedbugs right in the nursery bed. Where did they come from? The apartment was empty for a whole year, no one lived in it. The neighbors look at me like they are crazy, they say that everything is clean ... ”

Can bedbugs suck the blood of pets?

It is believed that bed bugs do not bite domestic animals: cats, dogs, as well as guinea pigs, rats, etc. However, in reality it is not so simple. 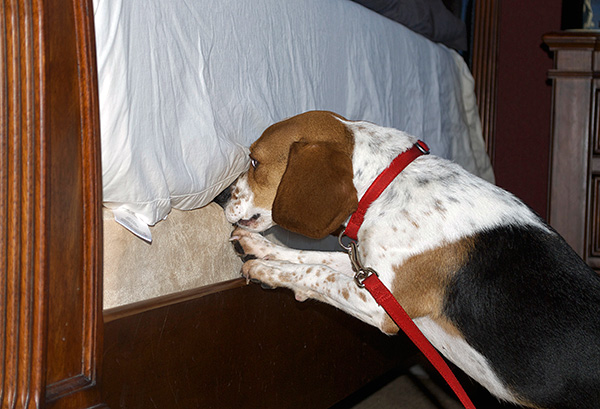 In certain situations (critical for survival, that is, when there is no other food at all), bloodsucking bugs can bite domestic animals. It is important that for mammals all potential mammals and birds are potential victims: parasites can, if necessary, feed on the blood of pigeons in the attics and the blood of rats in the basements.

Even if people do not live in the apartment for a long time, but there are domestic animals, the parasites gradually leave the premises, if there is such an opportunity (usually through the cracks and ventilation ducts - to neighboring apartments). 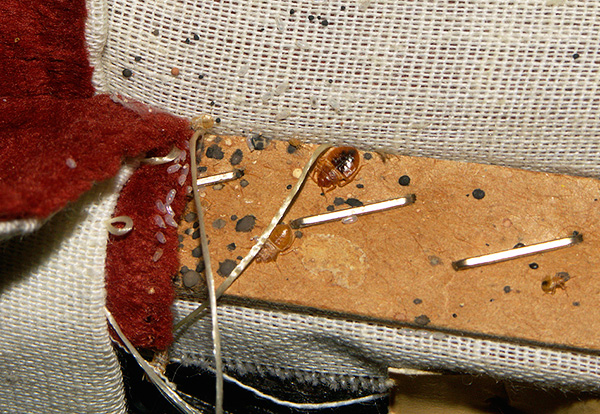 "Tidbits" for bedbugs - domestic chickens, with their thin skin and areas without feathers in the eye and beak. That is why chicken coops are infected very often: bed bugs feed on the blood of birds with the same pleasure as human blood. Often in rural areas it is necessary to poison coop from bedbugs even more often than residential houses - bedbugs breed here swiftly. 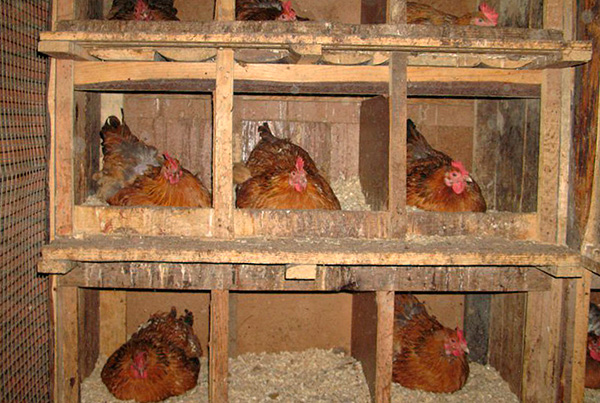 Bed bugs and their diet in nature

In general, the number of bed bugs that live in nature today is much less than the total number of their apartment populations.

Sometimes wild populations of bed bugs are found in caves in which the temperature is maintained at about the same year round: parasites feed on the blood of bats. In the case of the wings, there is no fur on the wings, and under the thin skin there are easily accessible blood vessels, which provide bugs with almost ideal conditions for feeding. 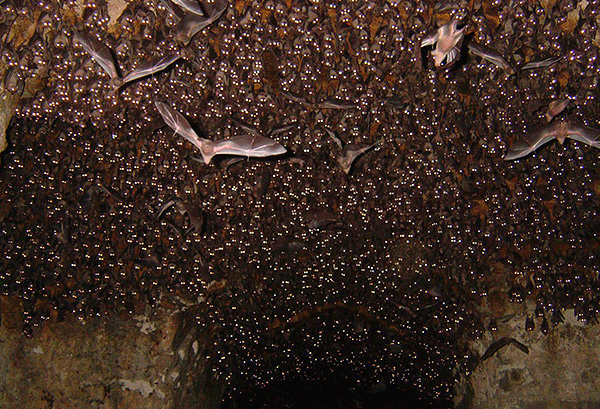 In some places in nature, bugs constantly live in the holes of rodents and the nests of colonial birds. But it can be said fragments of their main population.

Scientists believe that it was in the caves in prehistoric times that the bugs first tasted human blood and switched to feeding on it. Since then, these parasites have become constant companions of man, and their populations in the caves are considered to be a kind of preservatives.

Today, in addition to bed bugs, some species of predator bugs parasitize bats. In the video below you can see how this meal takes place.

What you need to know about bed bugs modern man

It is also useful to read: What makes bed bugs in the apartment?
See also:
To the record "What bugs eat and how much they are able to live without human blood" 20 comments